Due to the COVID 19 epidemic, orders may be processed with a slight delay

Angina pectoris is the name given to episodes of chest pain caused by myocar- dial ischemia secondary to CAD. Angina affects around 1% of the adult population and its prevalence rises with increasing age. The severity and prog- noses of angina depends upon the degree of coronary artery narrowing and has a varied clinical presentation. The average annual mortality rate in the UK is about 4% per year.

Angina is often unmistakable because the pain is precipitated by physical

exertion, particularly in cold weather, and is relieved by rest. Affected individuals

may describe a sense of tightness, heaviness, compression or constriction of the chest, sometimes radiating to the left arm or jaw. Emotion (anger or anxiety) and stress (fear or pain) can induce angina by leading to the release of

catecholamines (epinephrine [adrenaline] and norepinephrine [noradrenaline]) from the adrenal cortex. These hormones result in an increased heart rate (tachycardia), a raised blood pressure (reactive hypertension), and vasoconstriction of the coronary circulation. Consequently an increased cardiac workload is accom- panied by a paradoxical drop in blood flow and myocardial ischemia occurs – resulting in angina.

Variants of angina include:

obstruction of a coronary vessel and is a medical emergency

Some drugs such as nicorandil used in the management of unstable angina, can produce severe oral ulceration (Figure 1.5).

The diagnosis of angina is primarily a clinical one. Physical examination and investigations may be normal. The individual’s risk factors for CAD should be carefully assessed.

between episodes of angina

hypertension, diabetes mellitus, hypercholesterolemia) should be identified and cor- rected. Prognostic therapies for angina include:

Coronary artery disease (CAD) is caused by atheroma. It is the leading cause of death in the UK and results from a combination of genetic and lifestyle factors. Irreversible (fixed) risk factors include:

The clinical presentation of CAD is reflective of the degree and duration of impaired coronary blood flow. Features include dizziness, shortness of breath, decreased exercise tolerance, chest pain (angina pectoris) and sometimes sudden death due to a catastrophic myocardial infarction (irreversible damage to cardiac muscle). Xanthelasmata may signify hyperlipidaemia. A chronically reduced blood supply to the myocardium progressively damages the heart muscle and may lead to cardiac arrhythmias and cardiac failure.

Distended neck veins (Figure 1.1) due to increased jugular venous pressure (JVP), are a classic sign of right-sided cardiac failure, although it may also be seen in hypervolaemic states, superior vena cava obstruction and cardiac tam- ponade. The causes of cardiac failure may also include cardiac valvular disease

and chronic obstructive pulmonary disease. Pitting oedema may be demon- started by applying firm digital pressure over the lower legs or ankles.

Hyperlipidemia may predispose to CAD [sometimes premature]. The com- bination of corneal arcus with xanthelasma (Figure 1.2) should suggest the possibility of hyperlipidemia. This is especially the case in young people where autosomal dominant familial hypercholesterolemia may be the underlying cause. Other causes of xanthelasma (but not corneal arcus) include hypothy- roidism and primary biliary cirrhosis.

It is thought that if an individual has diagonal creases (Figure 1.3) on both ear lobes, there may be some benefit in undergoing screening to exclude the possibility of cardiovascular disease. The actual cause of earlobe creasing is unknown but it is possible that chronic circulatory problems allow the vascular bed in the earlobe to collapse and the telltale earlobe crease to appear. In one study the presence of a unilateral earlobe crease was associated with a 33% increase in the risk of a myocardial infarct; the risk increased to 77% when the earlobe crease appeared bilaterally.

Vertex baldness also appears to be a valid marker for an increased risk of cardiovascular disease, particularly when clustered with other factors such as hypertension or hypercholesterolemia. Other factors include being short and having an ‘apple-shaped’ physique.

(Figure 1.4). The third nerve supplies all of the muscles of the orbit apart from the superior oblique (IV cranial nerve) and the lateral rectus (VI). Unopposed action of these muscles leads to the eye pointing ‘down and out’. It is also the muscle that raises the eyelid (levator palpebrae), the ciliary muscle and constric- tor of the pupil, hence there is a complete ptosis (drooping of the eyelid) and dilatation of the pupil. The left eye would be looking inferolaterally (‘down and out’) giving a divergent squint and the pupil would be dilated (complete paralysis) or normal (‘partial third nerve palsy’).

Emphasis should be on lifestyle changes with the primary aim to prevent, or reduce progression of, coronary atheroma. These include:

Pharmacological measures for the management of CAD include:

When CAD is extensive and an individual’s symptoms are worsening despite general measures and optimal medical management, cardiac revascularisation techniques that should be considered include:

Atheroma (atherosclerosis) is character rised by the accumulation of cholesterol and lipids in the arterial intimal surface. Atheroma has a patchy distribution and, depending on the site and extent of disease, can give rise to a variety of clinical presentations (Table 1.1). A platelet–fibrin thrombus (clot) may form, break up and travel in the bloodstream (thrombo-embolism) with potentially life-threatening consequences. Alternatively, atheromatous plaques may rupture and ‘heal’ spontaneously.

What is Cardiovascular Conditions
March 9, 2021 admin

Listen to pronunciation. A type of disease that affects the heart or blood vessels. The risk of certain cardiovascular diseases may be increased by smoking, high blood pressure, high cholesterol, unhealthy diet, lack of exercise, and obesity. 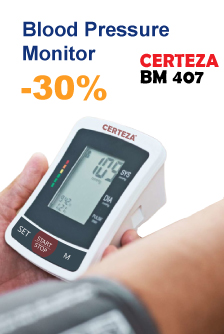 Back to Top
Product has been added to your cart
Close